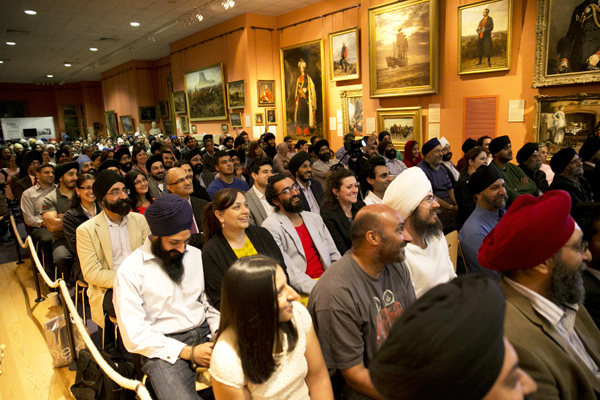 A fortnight ago the National Army Museum in Chelsea was witness to a sell-out launch event to celebrate the comeback of the classic Warrior Saints.

A crowd of nearly 250 mingled with the authors to welcome the new edition of Warrior Saints: Four Centuries of Sikh Military History (Vol.1), as well as admiring a display of art inspired by the book.

Authors, Amandeep Singh Madra and Parmjit Singh offered captivating talks on the return of the much-loved out-of-print classic. First published in 1999 to mark the tercentenary of the Khalsa, Warrior Saints has gone on to gain almost mythical status amongst book collectors and lovers of history. 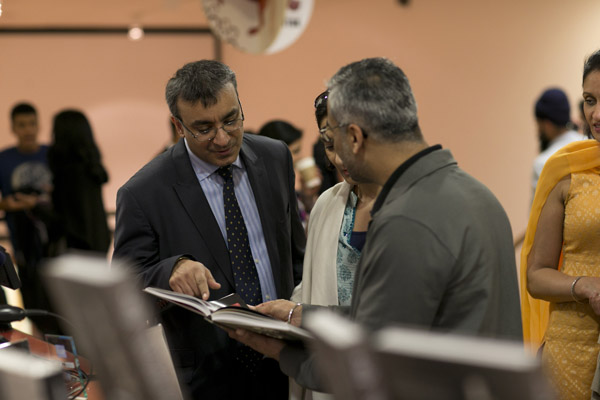 In the subsequent fourteen years the authors have continued their unparalleled research into the story of the rise of a revolutionary people’s army. The result is an entirely new book, spread over two magnificent volumes created with the single aim of making this rich material accessible to today’s audience. The new edition has been redesigned and substantially revised and contains even more hidden histories and captivating unseen imagery from times past.

“We wanted to make this book as complete as possible in order to tell the epic story of the Sikh warrior tradition and to clearly link it to the philosophy of Guru Nanak that underpins it.”

“We’ve scoured archives around the world to bring to light this awe-inspiring history which is largely unknown even by Sikhs themselves.

We think we’ve produced something that will stand the test of time and does justice to the compelling story of the Sikh warrior saint in a way that has never been done before.” 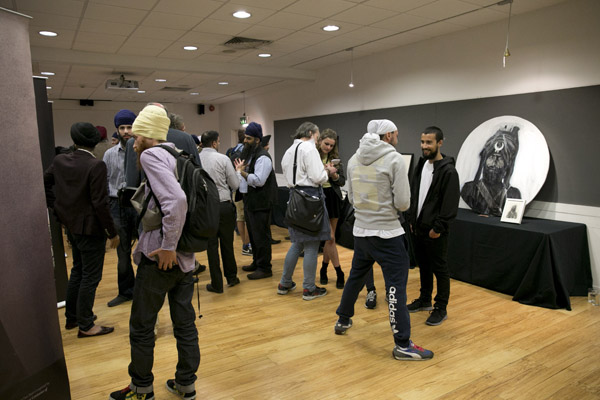 The evening also included an art display by up and coming artists who have been inspired by the book. Organisers and book publishers Kashi House commissioned three young artists to come up with their own interpretations of the book’s arresting front cover image.

One of the artists, Amandeep Singh aka Inkquisitive Illustration said:

“It was an absolutely amazing evening, and one that I won’t forget. Alongside two other extremely talented artists, Jatinder Singh Durhailay and Pedro Matos, we had the honour of producing our own artistic renditions of the mesmerising portrait from the front cover of the book.

The captivating image of the Nihang (Sikh warrior) bodyguard from the 1860s was a great subject to work with. He seems to embody the very essence of the Sikh Warrior Saint and as artists we were all suitably inspired by this iconic image.”

“I purchased the book and have found myself now delving deeper into the original Warrior Saint tradition and the only word I can find to explain the experience is ‘fantastic’!” 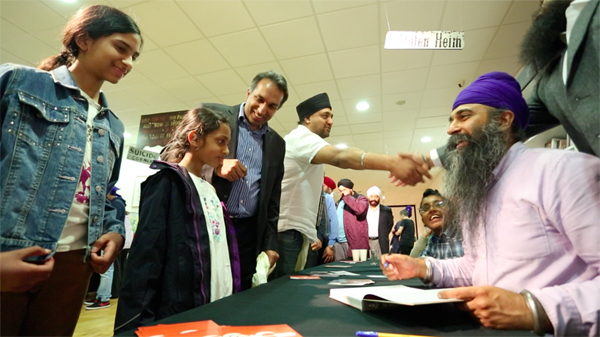 After the talks a delicious hot buffet was served up to all by Covent Garden’s Punjab Restaurant before the crowds checked out the artists’ works and Kashi House’s mini exhibition to coincide with the release of Volume One. Many also took the opportunity to chat with the authors and get their copy of Warrior Saints personally signed.

Fill out my online form.