You are here: Home » Blog » Blog » Meeting the Archbishop of Canterbury Justin Welby 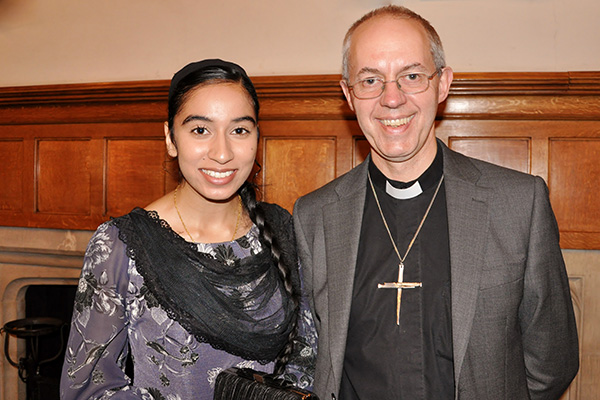 Earlier last month I was given an opportunity to represent the UK Punjab Heritage Association (UKPHA) at Lambeth Palace for a multi-faith reception hosted by the Archbishop of Canterbury Justin Welby. The event was a celebration of history of the respect for religious diversity in Britain.

The event also featured a display of six artefacts from the British Museum representing the six main religions and/or their history. The Sikh artefact was a Golden Temple ‘pilgrim token’ from the late 19th Century with the iconic image of Guru Nanak with Bala and Mardana beside him. The Mul Mantar was engraved on the other side. 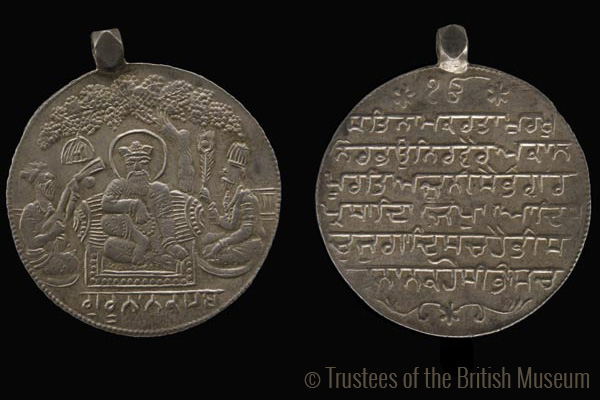 A genuine silver token from the Sikh Golden Temple

find out more about the coin at britishmuseum.org

The keynote speaker was the Director of the British Museum, Mr Neil MacGregor. His speech explained the various artefacts on display and the important role the British Museum has played throughout history – calling it the ‘World’s Museum’. This was really interesting to hear. Considering the Sikh involvement in the world wars, and the spread of a diaspora, Sikh history is in this way globalised – it is world history.

When explaining the Sikh token he emphasised the ‘multi-faith’ nature of the image. When I got the opportunity to tell him about UKPHA’s WWI Centenary project, ‘Empire, Faith & War’, he was keen to be a part of it!

Find out more about the WW1 Centenary Project ‘Empire, Faith & War at UKPHA.org

Other speakers included Baroness Warsi who stressed the importance of greater awareness of the various religious traditions. The host, the Archbishop Justin Welby was great to listen to – his speech on respect for religious diversity was given with charisma as he took every opportunity to make his guests laugh and engage with the purpose of the event.

This event at Lambeth Palace was another reminder of how diverse Britain is. Speaking to many representatives it’s clear we all face the same challenges – a popular one being ‘disenfranchised youth’. At the same time, it was inspiring to hear the many projects different groups are embarking on to address these issues.

UKPHA’s plans of empowering us all, Sikhs and non-Sikhs, to become ‘Citizen Historians’ seems to be an answer to both the struggles we face as a community and a country, but also on an individual level in understanding history and our place within it. Our place within world history.

Fill out my online form.